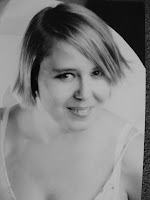 Susan Buchanan works in international sales, an author and is currently working on a research project while writing her second novel.  A lover of food, traveling, languages and reading, Susan weaves her passions into her novels.  She is the author of Sign of the Times, a novel I recently reviewed.  Susan is an adult fiction Indie author.  (side note: not adult as in erotica, but adult as in too much for children. heh.)  She began writing Sign of the Times in August of 2002 during the holiday seasons.  She took a year off and finished writing it, then Indie published the novel in March of 2012. 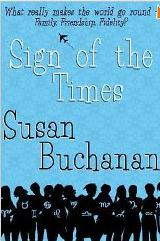 Sagittarius - Holly, a travel writer, visits Tuscany to research her next book. Seeking help when her car breaks down, she gets more than assistance when Dario, a vineyard owner, puts temptation in her path. Disappearing without explanation, he proves elusive. Bruised, Holly tries to put it behind her until a chance encounter brings her feelings to the surface again.

Capricorn – Holly’s fiancé, Tom misses her while she is in Italy and turns to an internet chat room for solace. His construction business is under threat, but could foul play be at work?

Gemini - Holly’s sister, Lucy, a serial man-eater finally meets her match, which puts her long-term relationship and career in jeopardy. Cheating she discovers, can have devastating consequences.

Libra - Holly’s uncle Jack, an eminent prosecutor, juggles a difficult teenage son with his high profile career and finds himself lacking. When his son’s school work starts slipping, he decides he needs to take control, but it’s not long before the balls all come tumbling down and Jack finds his family on the wrong side of the law.

One event binds them all…
(end)

Susan's next book, The Dating Game, is currently due out in late 2012.

The Dating Game summary:
Workaholic recruitment consultant Gill McFadden is sick of her friends trying to match-make for her.  Up until now her love life has been a disaster and she’s going through a drier spell than the Sahara desert.  Seeing an ad on a bus one day, she decides to visit Happy Ever After dating agency.  Before long she is experiencing laughs, lust and… could it be love?  But like everything in Gill’s life, nothing is straightforward and she ends up wondering exactly who she can trust.
Her writing inspiration is derived from authors she admires, "I do love the way Maeve Binchy creates characters.  I also love Victoria Hislop, Jodi Picoult and Dorothy Koomson and have probably learned quite a lot from their works."  Susan's favorite novels are - Elizabeth Kostova's The Historian, Anita Shreve's Light on Snow, Jodi Picoult's Nineteen Minutes, Carlos Ruiz Zafon's Shadow of the Wind,  Michael Ende's The NeverEnding Story, and Jed Rubenfeld's The Interpretation of Murder.