Bill Wetterman is taking over today! Sit back, relax, and read all about his amazing new novel Room1515.  Follow the rest of the Room1515 blog tour here.

Love, Betrayal, and a Female Assassin—Room 1515, A New Political Thriller by Bill Wetterman.
Pour two ounces of the most powerful financier in the world. Mix in two ounces of America’s most treacherous female spy. Stir in betrayal and love. You have Room 1515! 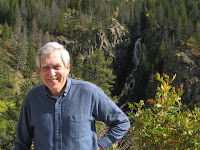 Bill Wetterman is a freelance writer and published author. My interest in international politics and world spheres of influence helps me weave stories of intrigue and espionage in international settings. The stories I write not only could happen, but also may be happening right now. Room 1515, my international, political thriller is one.

Room1515 represents the culmination of seven years of serious writing—critique groups, workshops and conference, and award winning contests entries. Having learned the craft, I set out to challenge conventional thinking with plots and themes that are controversial and sometimes dark. Selecting my genre was easy, I’m a thriller fanatic, particularly international-psychological thrillers with political story-lines and aspects of romance and betrayal. Stories of anti-heroines pitted against the flawed love interests in their lives fascinate me. My novels deal with greed, betrayal, lust, and murder, all the things that make life interesting.

A female agent named Peacock goes on a mission to woo and win the heart of the world's most influential power broker. Her job is to learn his secrets and foil his plans. Instead, she falls in love. Room 1515 is a story of world domination, greed, betrayal, and romance.

Ever felt unsure of the financial future and the future of the country? Greed drives decisions, and greed driven decisions are always short-term. Say a shrewd group of power players is manipulating the world economy to accumulate long-term wealth. They could rule the world. Don't fear the 1% against whom crowds protest. Fear the .0001%.  You’ll never hear their names. However, they exist. One man will emerge to lead them.

“Room1515 is the first thriller I have ever read that relies on character development at least as much as action / adventure. There are plenty of close calls and lots of blood in the streets, but the most interesting part of the novel is the main character, Peacock...” J.T. Biggs

An Excerpt from the book:
Room 1515
Prologue

Donna O’Connor’s shoulder hit the ground. The jolt jarred her back to consciousness. Where was she? Where was her brother? He’d been sitting next to her in the backseat of the car. Her dad was driving, and her mom was cautioning him to slow down.

“Oh my God,” she screamed. “My family’s still trapped down there.”

The smell of burning rubber filled her nostrils. She rolled up on her elbow following the sound of footsteps back down the Virginia mountain slope toward the bend of the highway. Heavy smoke rose up like a curtain blocking the view of the road below. The person who’d helped her out of the wreckage disappeared through the cloud before she could thank him.

The screeching of an oil tanker’s air brakes hurt her ears. A crushing impact blasted a storm of fire into the air. Molten dust and debris billowed toward her. She sucked in a deep breath and sprawled out, pressing herself flat against the ground. Her spine knotted at the base of her skull, as shards of debris fell like hail around her. Something heavy thudded close to her head.
An eerie silence followed.

For a few minutes time seemed to cease. Then her mind snapped back to reality, and she managed the courage to open her eyes. Rubble lay strewn over the hillside. A vehicle’s headlight had embedded itself into the rocky soil within a few feet of her head. She wasn’t dead or floating out of her body. She didn’t see the lights of heaven. Daring to push up with her hands, she inched onto her knees and stood to her feet.

Her lips quivered as she stared down at the road. She choked back bile at the sight. Black towers of fire and smoke billowed into the sky. Nothing moved. Her family, her rescuer, and the people in the other vehicles must all be dead, incinerated in the blast. Tears rolled down her cheeks. She made no attempt to wipe them away.

There wasn’t one visible scratch on her. Where was the God she’d prayed to all her life? Her dad said God worked everything for the good of those who loved Him. But everyone she cared for was gone. She heard a wail, then realized the sound came from her, a shriek that couldn’t numb her pain. (end prologue)

To contact Bill to schedule speaking engagements, Email him at bwetterman(at)cox(dot)net.  For more information about Bill, please visit his website. For more information on Room 1515 watch this video on YouTube.  Room 1515 can be purchased as an eBook or paperback on Amazon, Barnes & Noble, Book Country, Sony, Diesel, Apple, and most online retailers.  Happy Blog Tour Day!
Posted by HilyBee at 12:00 AM

Thank you, Hilary. What a fine job. I publicize your post and let Sam Silke know it's up. I had to miss the Live Discussion yesterday. Bummer.

Thank you Bill! I missed the live discussion too. :(

Your novel sounds great. I especially like the line: "The stories I write not only could happen, but also may be happening right now." I like my stories deep, with a lot of drama but also true to life.

Thanks Hilary for hosting.
Sam

I think you should have Phoenix straighten out the mess in the Middle East. Then maybe she could become the next female president.

Thank you Sam, Stormi and John for stopping by! :D