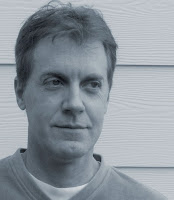 Robb Skidmore is a mixed genre fiction Indie author.  He traveled throughout America with his wife for an entire year, love music, and loves to travel.  "I love traveling, particularly to places in Asia. I am a music fanatic with a large CD collection. I once spent a year traveling around America with my wife and camping in national parks. In Kings Canyon National Park a bear tried to rip the door off our car because it smelled food in the back seat. We chased it away."

"My work, like most fiction, tends to have elements of different genres.  But if I had to choose I would say Adult Upmarket Contemporary, though my novel The Pursuit of Cool is arguably New Adult.  It is a coming-of-age story with elements of romance, humor, and social perspective in it. Upmarket is in between literary and commercial.  It has the original characters of literary and the plotted narrative drive of commercial."

He began writing in college as a secret hobby and way of venting.  "It was a way of expressing my emotions and processing the world and it became a creative form of expression I really enjoyed.  After college I started writing short stories and attending fiction workshops and read lots of books on writing and screenwriting."  His writing is inspired by the people around him and the curiosities of life itself.  "Writing fiction is still my way of processing the world, the same as when I scribbled in wire bound journals. Also, I enjoy the creative process of discovering and building a story with its characters. I find it challenging and satisfying."

Robb began his own publishing imprint, TMiK Press, to self-publish his work under.  "My short stories have appeared in several publications including New Orleans Review, New Millennium Writings, South Carolina Review, Oasis, and Twelve Stories.  I had some interest from literary agents in my novel, The Pursuit of Cool, but I decided to self-publish because I wanted to release it according to my own time frame and in my own way.  The novel was a Quarter Finalist in the 2012 Amazon Breakthrough Novel Contest and was awarded an “IndieReader Approved” badge from IndieReader.com."  It's hard enough being an Indie author, can you imagine creating your own publishing imprint and writing?! 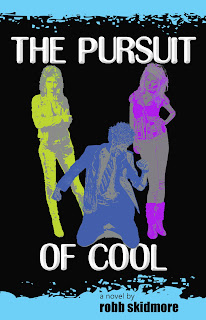 In April of 2012, Robb released his latest novel The Pursuit of Cool.  "It is about having the courage to be true to yourself, and separating external forces from your own internal truth."


Lance is a prep school guy who has ten identical pairs of khaki pants. He is from a family of super achievers and is intent on being a big success in college and life. But he is also easily distracted, a procrastinator, and obsessed with music and movies. He thinks he knows what he wants then questions his ambitions when he meets a punk rock actor, Ian LaCoss, and a subversive scholar, Charles Boyd.

He has a deeply romantic nature and though inept he is sincere and falls in love easily. He desperately wants to understand the feminine other. He’s a guy both men and women can relate to. He discovers emotional complexities as relationships with a beautiful psych major, Lynn Van Oster, and a feisty goth girl, Veronica Boyer shape and change him. The story comes alive with music and movies which give Lance solace as he questions his beliefs and deals with heartbreak. He tries to capture that illusive quality, that magic of youth, the essence that is "cool."

You can purchase a copy of The Pursuit of Cool on...

Follow Robb on his website.  This will be the last ANSA meeting.  I hope everyone has enjoyed the series!  Happy Reading!
Posted by HilyBee at 5:49 PM